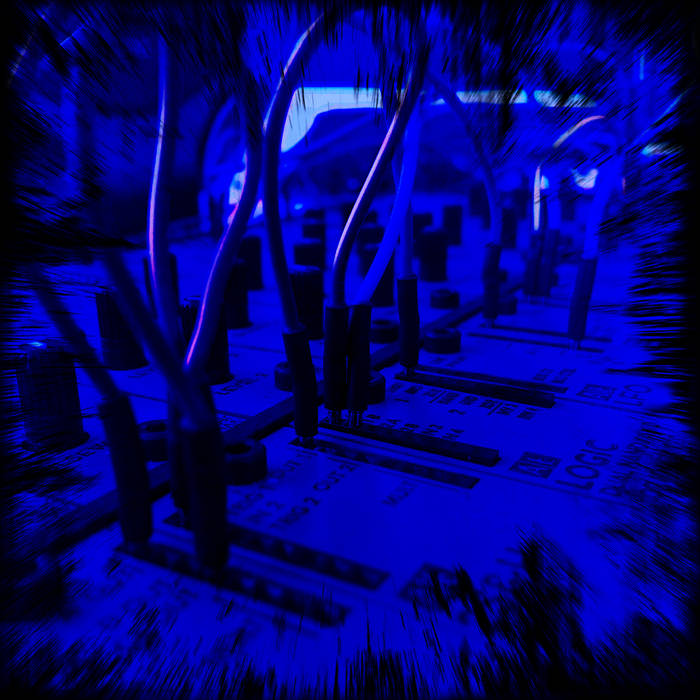 You can see a very nice animated music video for this track here: youtu.be/GSLSLJg8yHk

This track consist of 4 layers of sound. The first layer is a background drone. A saw wave from the VCO goes to the WASP filter and then to the MULTIFX for reverb. The filter is modulated by the OSC who goes into he WAVEFOLDER. Tweaking knobs while I was recording.

The second layer, is a "string-like" drone. Unfortunately I can't remember how it was made... Then come bothes the voices. The first one is a simple Square wave that goes to the filter, then to the DELAY, and to the MULTIFX to add a bit of reverb. It is played opening and closing the filter, sometimes playing a bit with the delay to get some movement.

Finally the last voice is made mostly around the NOISE moduel and S&H. The Analogue output of the NOISE goise into the S&H and is triggered by the Crackle of the NOISE. the OUT of the S&H ggoes to the LOGIC and is modulated by a LFO. It then goes to the SEQ16 in a 4 steps mod. The gate of the SEQ16 goes to an enveloppe and to a VCA to trigger a Square wave of the VCO modulated by the CV of the SEQ16 and to the HP of the NYLE filter and then to the VCA. It finaly end with the MULTIFX on dualdelay mod.

Everything is recorded in the DAW, adding a bit of reverb here and there, some EQ and other little things to make it sound as it is.